Citizens living near five proposed wind turbine parks in Ontario have launched a lawsuit alleging the provincial government is allowing the companies behind the projects to defy safe noise limits.

The province approved the wind park projects in 2016. They are scattered around rural Ontario, and two are within an hour’s drive from Ottawa.

The projects are now going through a “technical review” as part of the final approval process by the Ontario Ministry of Environment and Climate Change.

In 2016, the Ontario government also introduced new and more accurate standards for how companies model the noise impact of turbines before they’re built. 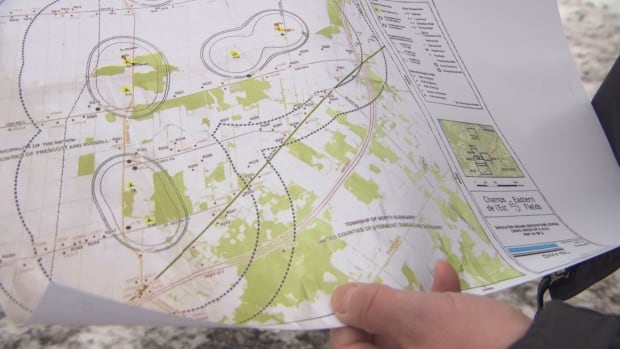 Suit alleges standards out of date

The lawsuit, however, alleges the proponents behind the five projects have been using old modelling standards.

“It appears that the majority of proposed turbine sites are out of compliance with the [new] requirements,” states the suit, which has been filed with the Ontario Divisional Court.

If the projects were forced to adhere to the new standards, three quarters of the more than 200 proposed turbines in the province would be breaking the rules, according to Eric Gillespie, the Toronto lawyer who filed the suit on behalf of concerned citizens.

If the companies used the new guidelines for modelling, Gillespie said, those rule-breaking turbines “will have to be relocated or removed.”

Citizens concerned about impact on health

The suit doesn’t ask for monetary damages, said Gillespie, but is about ensuring “that anyone living near an industrial wind turbine project is safe.”

“There’s well-documented research that you don’t want to go above the legislated level,” said Gillespie, adding that the noise associated with the loud, rhythmic drumbeat of the turbines can affect sleep, heart health, and general well-being.

“Unfortunately, it appears almost all these projects and most of the turbines in them are going to [break the guidelines] if they’re allowed to proceed.”

The lawsuit includes affidavits from experts on noise pollution, as well as from residents affected by the projects.

Gary Wheeler, a spokesperson with the Ontario Ministry of Environment and Climate Change, wrote in an email that the ministry is working with the companies behind the wind turbine projects to make sure they meet “our stringent noise standards.”

“We will be determining the appropriate next steps,” said Wheeler, who declined to comment on the lawsuit. 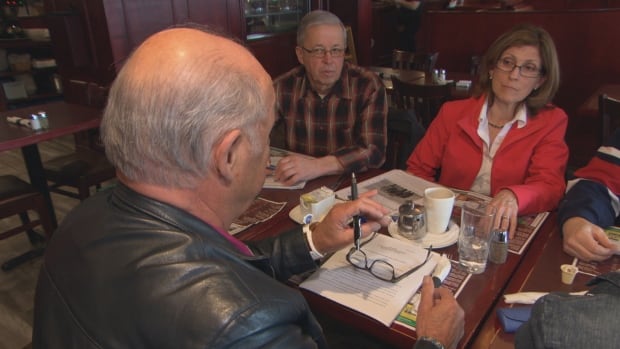 Margaret Benke, right, lives near the proposed Nation Rise Wind Farm located in the Township of North Stormont. She met Saturday with other residents to discuss the lawsuit. [Photo: Radio-Canada]

The five proposed projects include two in eastern Ontario:

Some of the residents living close to those projects met Saturday to discuss the suit and their next steps.

“We’re asking the government to consider the sentence they’re imposing on the people of rural Ontario,” said Margaret Benke, who lives near the proposed Nation Rise Wind Farm, about 60 kilometres southwest of Ottawa.

Benke said she’s concerned that almost three quarters of the turbines proposed in her community would break the current noise standard.

“I can move out,” she said, “but there are many people without that option. Even if their health is affected.”

The three other projects are all in southern Ontario:

Wind Concerns Ontario obtained records of noise complaints and government response in two batches, 2006-2014 and 2015-2016, under Freedom of Information legislation. There are thousands of unresolved citizen complaints about wind turbine noise and vibration; yet, the government is in the process of approving more industrial wind power projects. Read the WCO report here. NoiseResponseReport-FINAL-May9

NOTE: these power projects are NOT “parks.”