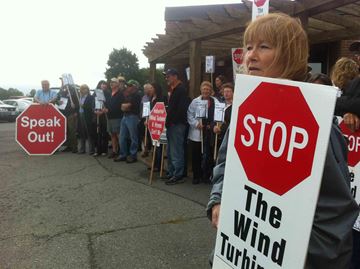 MILLBROOK — Met by an angry crowd and a team of disapproving Cavan Monaghan Township councillors, the developer of a proposed wind farm was sent a clear message on Tuesday (Sept. 3).