Here is a statement from a citizens’ group, Canadians for Radiation Emissions Enforcement (CFREE), which posits that wind turbines’ acoustic emissions are covered under federal law, the Radiation Emitting Devices Act.

The group has responded to the recently released report on wind turbine noise and health by the Council of Canadian Academies. Their full statement is available on CFREE’s weblog, available here.

It is prescribed in the REDA [Radiation Emitting Devices Act]that if an importer or operator of a device such as a wind turbine is made aware of risk of personal injury or  impairment of health they must “forthwith notify the Minister” [of Health for Canada]. CFREE asks why wind developers did not follow this law seven years ago when people first reported problems to them about the impacts of the noise emitted from turbines operating in their vicinity.

“If developers had complied with the law and reported the complaints to Health Canada, investigations would have been carried out back then before the Green Energy Act. This could have advanced the understanding a long time ago and avoided risk of harm to those living close to these facilities” said Joan Morris, an epidemiologist and Chair of CFREE.

This is a heavy duty week as Ontario communities fight back against the unwanted incursion of huge wind power generation facilities. As you know, the Green Energy Act removed local land-use planning powers for renewable power projects, so the environmental appeal process and ultimately the courts, along with a noise nuisance bylaw, is the only way communities can act to protect their residents.

(The new procurement process for large-scale renewable power projects still does not allow for a return of municipal planning powers; communities can have a say, as long as it’s not “no” and in fact, the regional energy plans are pre-designed by the province—in other words, if the province decides you’re getting a wind “farm” then you are. But we digress…)

Manvers/Pontypool: last few days of the appeal of the Sumac Ridge wind power project, part of which is on the Oak Ridges Moraine, a fragile and (formerly) protected environment. The Green Energy Act over-rode the Oak Ridges Moraine Protection Act, along with 20 other pieces of legislation.) The City of Kawartha Lakes is involved.

Plympton-Wyoming: again, the municipality is involved with the appeal of the Suncor Cedar Point wind power generation project. Today, the Environmental Review Tribunal hears a motion for a stay of proceedings, until experts can review the raw data from the Health Canada Wind Turbine Noise and Health study. (No report or article has yet been published from this study; there is only a brief summary and PowerPoint presentation.) The Health Canada study showed that 16.5% of people living within 2 km of a wind turbine were experiencing distress.

Niagara Region: Mothers Against Wind Turbines is a appealing the 77, 3-megawatt turbine Niagara Region wind power project, which will affect over 4,000 homes. Preliminary hearing is tomorrow in Wellandport.

Other appeals have been filed and several judicial reviews are in various stages, as well as private legal actions on property value loss and nuisance. Decisions are expected on the Ostrander Point appeal (lawyer Eric Gillespie), and the Drennan/Dixon appeal (the Constitutional challenge, lawyer Julian Falconer).

Ottawa Wind Concerns has retained a legal firm and is prepared to enact legal actions should another proposal come forward for a wind power project. 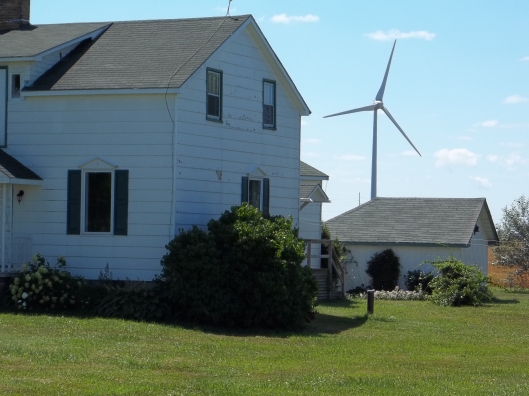 Nobody home? Health Canada didn’t bother to ask why

On November 6, 2014, Health Canada released its long-awaited results of the $2.1-million, publicly funded Wind Turbine Noise and Health Study. Only, it didn’t: what was released in a whirlwind public relations effort was a summary of the study results—no data was presented, nor was there a full formal report, or a publication that had undergone the promised “peer” review, by scientists.

Wind Concerns Ontario immediately convened an expert panel to review the documents available (the summary plus a PowerPoint presentation, and basic study details available on the government website) and has produced a summary report of their comments. The panel consisted of several university professors with expertise in physics and acoustics, as well as an epidemiologist, and a health researcher.

The unanimous conclusion of the expert panel is that the study design was flawed; even so, there are clear findings of a relationship between wind turbine noise and adverse health effects.

Key findings from the review panel:

As the stakeholder group in Ontario, a coalition of community groups and individuals concerned about the impact of industrial-scale wind power generation projects on human health, the environment, and the economy, Wind Concerns Ontario wishes to express its disappointment in Health Canada, which has as its goal the protection of the health of Canadians, using sound science.

Wind Concerns Ontario sent a letter today to the Minister of Health, the Honourable Rona Ambrose, together with the summary of our review panel comments, and a series of recommendations.

This commentary is still in draft form, prepared by a member of the Association to Protect Amherst Island (APAI), but it is an excellent commentary on the summary released by Health Canada last week. The summary, that is, of the results of its $2.1 MM study on wind turbine noise and health, which was released in breakneck speed last Thursday, and which the media picked up as “no health effects seen.”

This is false, of course—our question right now is, WHY is Health Canada putting these results out there as “gospel” when the neither the results or the summary have been properly peer-reviewed, and there is in fact NO actual report…just this summary? One might also ask why a government department is touting its results summary–again, not reviewed or published–as “the most comprehensive” study in the world? Perhaps the PR budget might have been applied to the actual research.

Plenty of people in Ottawa are disappointed at the lack of professionalism demonstrated by Healthy Environments and Consumer Safety at Health Canada.

Just for interest, you may wish to read the testimony of the principal investigator, Dr David Michaud, at a wind power project appeal. In his testimony, Dr Michaud allows that there is research indicating an association between wind turbine noise and health effects, and he acknowledges that there are large studies ongoing throughout the world. Read the testimony summary here: http://www.falconers.ca/documents/SummaryofMichaudEvidence.pdf