Losses to citizens, damage to environment not calculated 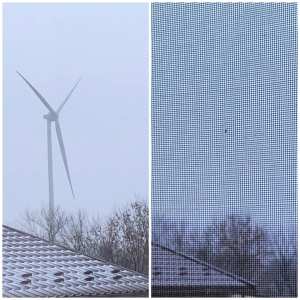 The minister cited the potential for harm to wildlife in the area from the 29-turbine power project, specifically “localized harm to an already small bat population.”

The minister said further in a letter to the Concerned Citizens of North Stormont, the community group that had appealed the power project, that he was required “to balance several things in my considerations of the public interest, including the benefits of renewable energy against the harm to bats, the impact of the project on the community, and the need for the electricity from the project.”

He concluded that, on balance, the project wasn’t needed, and posed too great a risk to wildlife.

The power developer responded demanding a stay to the minister’s decision and was due in court today in Toronto to argue that; meanwhile, the Independent Electricity System Operator (IESO) has extended the project Commercial Operation Date so that Nation Rise will not be in violation of its contract before the judicial review also requested by the developer is heard.

In the meantime, construction has halted.

Quoted in a news release put out by Wind Concerns Ontario*, the chair of the Concerned Citizens of North Stormont Margaret Benke said the power project had been a very divisive issue for the community, and she hoped North Stormont could again be a “good place to grow.”

The power developer however is claiming millions in losses if the project is halted, according to a report today in the National Observer. EDPR claims it has put more than $200 million into the project to date, although fewer than 10 of the 29 turbines are actually built.

The project could have cost Ontario electricity customers as much as $400 million over its 20-year contract. Property value loss could also have been significant for people forced to live beside the 29 50-storey wind turbines.

Also in the National Observer article, Wind Concerns Ontario president and Ottawa Wind Concerns chair Jane Wilson pointed out that citizen concerns about the project were not personal but environmental in nature. The appeal brought forward by the community group dealt with wildlife, health and safety, and potential damage to the water table in an area designated as a “fragile aquifer” by the province.

“There has never been a cost-benefit analysis or impact study done for Ontario’s wind power program,” Wilson says.

The Concerned Citizens of North Stormont spent about $100,000 to launch their appeal and various legal actions against the power project.