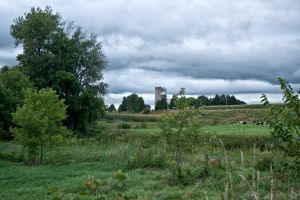 The Concerned Citizens of North Stormont are hosting a special Country Breakfast-Brunch event this Saturday, September 15 at the Finch Arena, to offer information on the 100-megawatt “Nation Rise” wind power project, and to help raise funds for the citizen appeal of the power project.

The project is neither necessary nor wanted by the community.

The Independent Electricity System Operator (IESO) has stated that the project has met all the milestones; this is not possible as the project is under appeal, and is subject to a condition-laden Renewable Energy Approval. That approval was granted just three days before the writ for the recent Ontario election was drawn up.

In response to citizen concerns about damage to the aquifer and water supply and health impacts of exposure to noise emissions from the turbines, the power developer, EDPR of Spain, actually changed material aspect of the project in the middle of the appeal. The company announced in documents filed with the Environmental Review Tribunal that it was changed the method of construction to be used for the foundations, and changing the equipment type for the turbines.

The appeal has been halted for the moment but resumes next week with testimony on hydrogeology and risks to the environment. 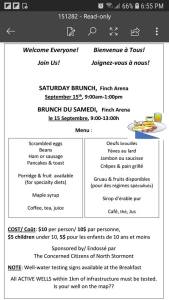 1 thought on “Fundraiser-information brunch in Finch this weekend”